When consciousness interiorizes by uncoupling from external objects, the senses do likewise; this is called withdrawal of the senses. PYS II.54

Then comes the spontaneous, complete and natural mastery over all the senses, that is to say, the natural self-discipline to hold on to I-AM. PYS II.55

Withdrawal of the senses is the traditional translation of pratyahara. Often described as a turtle withdrawing its limbs into its shell, pratyahara can seem a bit esoteric and unattainable outside of a sensory deprivation tank or sleep.

Added to that is science’s ever growing understanding that 1) Our senses are limited in perceiving the true nature of reality (think quantum mechanics and how the computer you’re reading this on is more space than solid) 2) Our senses are intrinsic and vital to our evolution and survival as humans – and therefore are automatic and embedded in the brain:

“The goal of every living brain, no matter what its level of neurological sophistication, from the tiny knots of nerve cells that govern insect behavior on up to the intricate complexity of the human neocortex, has been to enhance the organism’s chances of survival by reacting to raw sensory date and translating it into a negotiable rendition of a world… 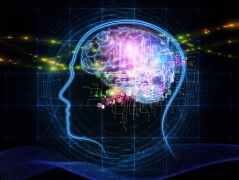 None of [our] quintessentially human accomplishments would have been possible without the brain’s ability to generate rich, effective, and meaningful perceptions of the world.”
– Andrew Newberg, M.D. (Why God Won’t Go Away)

Yet yoga philosophy insists that pratyahara is not only attainable, but vastly possible.  Science philosophy suggests doing so might allow us to peer closer into the nature of reality. The good news is that both asana and meditation offer concrete ways to encourage* pratyahara.

Asana:
1) Dristhi – Every yoga pose and transition has a corresponding gaze point (dristhi).  When the breath, dristhi, and intention are connected pratyahara arises.  The tendency and desire of the various senses to search off your yoga mat fade. You become located right in the center of your breath – as if you were looking out with breath, instead of your eyes. As if you were practicing in a breath body, instead of one of touch.  Key to the dristhi practice is an experience of dristhi as a field of vision, rather than a single point.  Dristhi uses a single focusing point to allow the gaze to actually widen – to take in the whole panorama before you.

2) Savasana strings – After your body settles into the pose, tune into your senses. Notice how the world has hundreds of invisible strings that pull at you, even lying still in a yoga studio. Mentally imagine scissors gently snipping the threads circling your body – and they just drop away.  No need to push or shut out or harden around “distractions”. There are no distractions, just strings that continue to exist, no longer tugging on you.

Meditation:
1) Body – Almost every meditation begins with the body. It’s important to set your seat as comfortable as possible, with as much attention to alignment as possible.  Creating ease in the body allows us to settle our minds around it. If you find your foot falling asleep every time you meditate, seek a teacher’s guidance to modify how you sit.  Fine tuning aspects such as relaxing the tongue in the jaw, and letting the eyes release deep in their sockets cue further release of the sense organs.

2) Focus – Sound meditation is one of the best ways to release the ears’ insistence on reaching out to the world.  There are several techniques such as playing intentionally vague sounds in order to “short circuit” the ear into letting go, or working intimately with mind and ear to release the constant chatter between the two that goes into instantaneous naming of sounds.

A few final tips:
*Practice asana without music every once in awhile
*If you live in a city, spend time outside of it. Even the quietest block is filled with over- stimulation.
*Spend an entire evening at home without the TV on, the computer on, or music on
*Walk slowly, fidget less – allow the body to settle more
*Refine all the input to your senses you have direct control over: what you listen to on the TV/computer/ipod/in relationship, what you see around your home, what you place on your body, what you buy and prepare to eat, and what you cultivate to smell.

*There are thought-camps around whether pratyahara is something that can be practiced, or if it just occurs when the conditions are right, like sleep. Whether the tips presented can be thought of as practices or setting up conditions is not the focus of this article.